In Spring 2012, Oriana White and Ivan Tucakov were inspired to create their own fusion duet by forming a unique repertoire of music. Weaving their individual styles and compositions into a swirl of classical arrangements and Balkan-Latin rhythms, Vino & Forte is essentially a presentation of harmonious music from around the world.

In addition to organizing collaborative concerts with local guest artists, Oriana & Ivan regularly perform for special events and fundraisers across the Province and beyond. The Idea behind Vino & Forte is to savour a glass of wine and experience an intricate blend of classical piano and Balkan-Latin guitar. 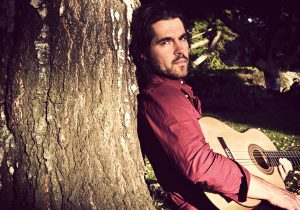 was born in Belgrade, Serbia, where he first developed an interest in guitar and studied under the Berkley School of Music. In 1998, Ivan moved to Vancouver and made the decision to pursue a career in computer science. He graduated at the University of British Columbia (UBC) with an honours degree in Computer Science and Physics a few years later.

With a desire to maintain music in his life, Ivan formed the Tambura Rasa collective in 2004 with the aim of expanding the boundaries of world-fusion music. He studied flamenco guitar in Granada Spain and this journey took him in the direction of event management, music composition and production.

Ivan has since released seven collections of original compositions, influenced by Indian classical to Turkish, Balkan and flamenco music and has produced electronic mixes that were released on the European Cafe del Mar lounge compilations. Tambura Rasa's albums “Adsum”, “In Concert” and "Arribada" were both nominated for Best World Music Recording of the year at the West Canadian Music Awards (WCMA 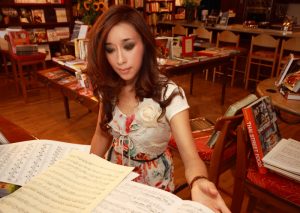 was raised in England, Dubai, Japan and Singapore, providing her with an international and multi-cultural upbringing. Her mother Masako White, a Royal College of Music (RCM) professional violinist from Japan, noticed Oriana had a natural interest in piano and enrolled her for lessons around eight years of age. Within five years Oriana had achieved Distinction for the Performer's Certificate in Pianoforte from Trinity College London.

During her time in Singapore, Oriana continued to win first place in local piano competitions and participated in various public events including the Singapore Annual Piano Marathons organized by the SSO (Singapore Symphony Orchestra) in 1999 and 2000. Academically, Oriana excelled in mathematics and technical drawing, which inspired her to follow a career in architecture. She graduated with honours from the Welsh School of Architecture at Cardiff University (United Kingdom) in 2006.

Inspired by the natural beauty of Canadian province British Columbia, Oriana moved to Vancouver in 2010 where she continues to enjoy the balance of maintaining both a design career and music performance in her life. Whilst working for Chanel and Nick Bray Architecture, Oriana enjoys organising concerts and shows, composing for solo piano and performing for special events and fundraisers.